“Nobody is safe. Not the voter, not the journalist, not anybody!” The fears of Femi Adesina, president of the Nigerian Guild of Editors, is echoed by stakeholders and observers of Nigeria’s general election. Amid the tension in the run up to presidential and federal parliamentary elections on March 28, and governor and state parliamentary elections on April 11, journalists can be easy targets. (Read More)

As the Conference of Ministers prepares to focus on implementing the African Union Agenda 2063, the Forum for Former African Heads of State and Government, commonly known as the Africa Forum, are set to meet in Addis Ababa, Ethiopia. (Read More)

Nairobi, March 16, 2015–Authorities in Ethiopia have denied medical attention to Ethiopian journalist Temesghen Desalegn, who has been imprisoned since October, according to sources close to the journalist.

Temesghen Desalegn, owner of the now-defunct newsmagazine Feteh (Justice), is serving a three-year term in Ziway Prison, outside Addis Ababa, on charges of defamation, incitement, and false publication in connection with a series of opinion pieces he wrote in Feteh in 2012, according to news reports and a translation of the charge sheet that CPJ reviewed.(Read More) 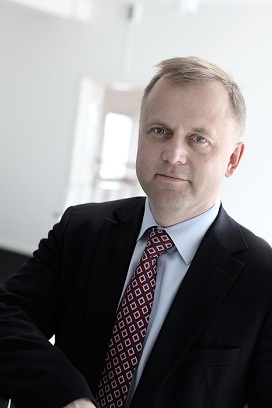 Many emerging markets, especially in sub-Saharan Africa, have seen solid GDP growth in the past decade driven mainly by natural resources. But with falling commodity prices and Chinese demand dwindling, those with overly resource-dependent economies are being caught. Companies seeking to invest in emerging markets should be on the lookout for those countries that have invested in diversifying their economies. That will often mean having Ethiopia on their shortlist. In 2012, Ethiopia was the 12th-fastest growing economy in the world, according to the World Bank. Hefty state-led investment has kept the economy of Africa’s second most populous nation growing at more than 8 per cent a year for over a decade. More than that, it has become Africa’s fastest-growing non-oil economy. The government’s focus on value-added activities has bolstered its transformation towards a diversified economy and, as a result, it is attracting the attention of ambitious businesses and investors alike. How has it solidified its position and what are the opportunities for businesses? Most importantly, the country has invested in infrastructure. The government has delivered on its five year Growth and Transformation Plan, which has seen it making large investments (around 15 per cent of GDP) in infrastructure projects. At the heart of the programme are railway, road and dam projects to give the landlocked nation cheap power and reliable transport. The programme’s poster child is the controversial Grand Renaissance Dam on the Blue Nile, which will become Africa’s biggest hydro-power plant and turn Ethiopia into a regional power hub. At the same time, reforms to business registration and changes to regulatory institutions have simplified rules, improved the quality of business support and considerably reduced the cost of doing business. The time required to clear customs for export and to secure a business licence, for example, has been cut to 15 days, from 44 in 2004. With China slowly running out of inexpensive labour, manufacturers are looking at low-income countries like Ethiopia. Textile manufacturers have already been attracted by the rich local supply of leather and cotton. Multinational retail clothing companies H&M and Primark both source significant amounts of material from Ethiopia. The government has developed specific industrial zones that will see the companies within them benefit from a tax ‘holiday’ of up to 17 years. Chinese shoe maker Hujian Group has already invested heavily in the Chinese-built Eastern Industrial Zone and last year announced plans to invest a further $2.2bn in an industrial zone of its own, located in the Lebu area on the south-western outskirts of Addis Ababa. Turkey is currently the leading country investing in Ethiopia – Turkish companies have invested $1.2bn in the last decade. Other big names that have recently announced investment plans include Unilever, GE and GSK. With a growing population of 94m, urbanisation and rising income levels, Ethiopia is also surfacing as an attractive consumer market. By 2020, Coca-Cola hopes to sell 100m unit cases in Ethiopia, putting it on par with Egypt and South Africa. Meanwhile, Heineken has just inaugurated what it claims is Ethiopia’s biggest brewery to capitalise on figures showing the Ethiopian beer market has doubled over the last five years, with per capita consumption still relatively low compared to other east African countries. However, the country is not without its challenges and there is some uncertainty ahead. Ethiopians will go to the polls on May 24. The elections will likely see another win for the ruling EPRDF party that has claimed victory in every election since the fall of the Derg regime in 1991. It will be the first election to be held under the current prime minister, Hailemariam Desalegnn, after the death in 2012 of Meles Zenawi, who ruled the country for 21 years. Complaints from many human rights activists about growing inequality and demands for freedom of press and political participation are likely to challenge the ruling party. Investors will be keen to find out whether the government plans to loosen its grip on the economy – for example, many sectors remain closed off to foreign investors and even to domestic companies at times. Access to finance for the private sector remains difficult, even more so because of the government’s large infrastructure plans. For its boom to continue, Ethiopia needs a stronger banking sector. The World Bank’s survey on investing across sectors shows that Ethiopia has above-average restrictions on foreign equity ownership in many sectors, including telecommunications, financial services, media, the retail trade and transport. Nevertheless, we see Ethiopia as a major future market for our clients.
Anders Heede is chief executive for Europe, the Middle East and Africa at audit and advisory firm BDO. Million Kibret, chief executive of BDO Ethiopia, co-authored this post.
From Financial Post: http://blogs.ft.c/beyond-brics/2015/03/13/guest-post-em-investors-need-ethiopia-on-their-shortlist/

New York, March 10, 2015–The Committee to Protect Journalists is alarmed by research that indicates the Ethiopian government used spyware to monitor journalists at U.S.-based Ethiopian Satellite Television (ESAT) in what appears to be a continuation of surveillance first reported in February 2014. (Read More)

Girma Seifu Maru, the sole opposition-party representative in Ethiopia’s 547-member parliament. He says he won’t run for re-election in May.Petterik Wiggers for The Wall Street Journal

ADDIS ABABA, Ethiopia—The sole voice of opposition in Ethiopia’s 547-member national legislature will soon fall silent—the latest in a long line of people who have given up the fight as the government actively mutes dissent while pursuing populist economic expansion.(Read More)